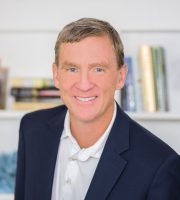 Brendan Magee has been handling real estate transactions since 1998 working for two publicly traded real estate investment trusts (REIT’s) and running his own residential real estate company. He has owned properties on Johns Island and Kiawah since 1996. Brendan has also served on numerous HOA boards and been active in the community running basketball camps for thousands of kids in the Charleston area for 20 years. Originally from the Washington DC area, Brendan played college basketball at Winthrop University and after earning his MBA, served as an Assistant Coach at Boston College and the College of Charleston.