What Is Charleston, SC Known for? 14 Must-See Attractions 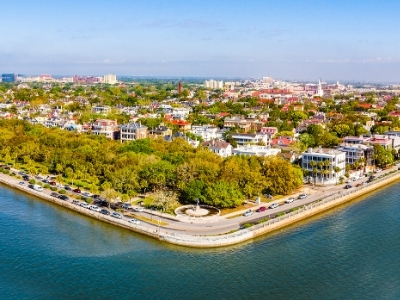 One of the most desirable vacation destinations in the U.S., Charleston, SC, has so much to offer both visitors and residents. Located along the coast of South Carolina in the area known as the Lowcountry, this charming little city was originally part of one of the first 13 colonies, making its historical background rich and interesting. If you’re thinking about moving to a new area, check out some of the Charleston Historic homes for sale and make new memories in one of the uniquely Charleston-style properties.

When you move to the Holy City, you’ll have access to dozens of outdoor activities you can do all year long because of the mild climate. History buffs will love delving into the area’s unique story and foodies can spend years exploring all the top-notch restaurants in the area. Find out more about some of the best attractions in Charleston and plan to visit the city for yourself.

With so much history surrounding the area, it’s no wonder history buffs flock to Charleston. From the Revolutionary War to the Civil War, this city had a major role in the early days of America. In fact, the state of South Carolina was actually where more Revolutionary battles took place than any other area of the country during that time. If you’re interested in this part of history, you can visit Fort Moultrie, Fort Johnson or Middleton Place amongst other sites.

For Civil War enthusiasts, there are dozens of sites to visit and learn more about Charleston’s role. The first shots of the Civil War were actually shot from the tip of the peninsula, known as The Battery, towards a Union ship that was delivering supplies to Fort Sumter. Though these are the two most notable roles Charleston had in U.S. history, there is much more to be explored. Over the last decade, Charleston has become a pinnacle of Southern cuisine. When you visit or move to the area, you’ll discover hundreds of restaurants spread out through the city and surrounding areas. Though traditional Southern dishes reign supreme, many chefs are coming to the city to bring more eclectic offerings, like Vietnamese and Pakistani food. We couldn’t possibly name all the restaurants you need to try, but we’ve rounded up a few classics.

One of Charleston’s greatest attractions, the beaches in the area are gorgeous and offer plenty of activities for people of all ages. Whether you’re looking to stay near the water like in one of these gorgeous Folly Beach, SC rentals, or you want to be a bit closer to the city, you’ll still have easy access to the three beaches in Charleston or make a quick day trip to Kiawah or Seabrook islands. With so much to do in the area, Charleston should be at the top of your list for places to visit—or relocate! Between the gorgeous architecture, rich history, hoppin’ bar scene, outstanding restaurants and beautiful beaches, what else could you ask for? No matter what you’re looking for, there’s the perfect property waiting for you in Charleston. Those looking to take it slow can find property on Kiawah Island, while beach bums can look to Isle of Palms or Folly Beach. Mount Pleasant is the perfect place to raise a family, and the downtown area offers tons of attractions for those looking for a more lively place to live. Check out the Folly Beach, SC, rentals to visit the area and scope out places where you’d like to move before looking for your new dream home.