How to Photograph Charleston, SC and the Best Locations to Visit 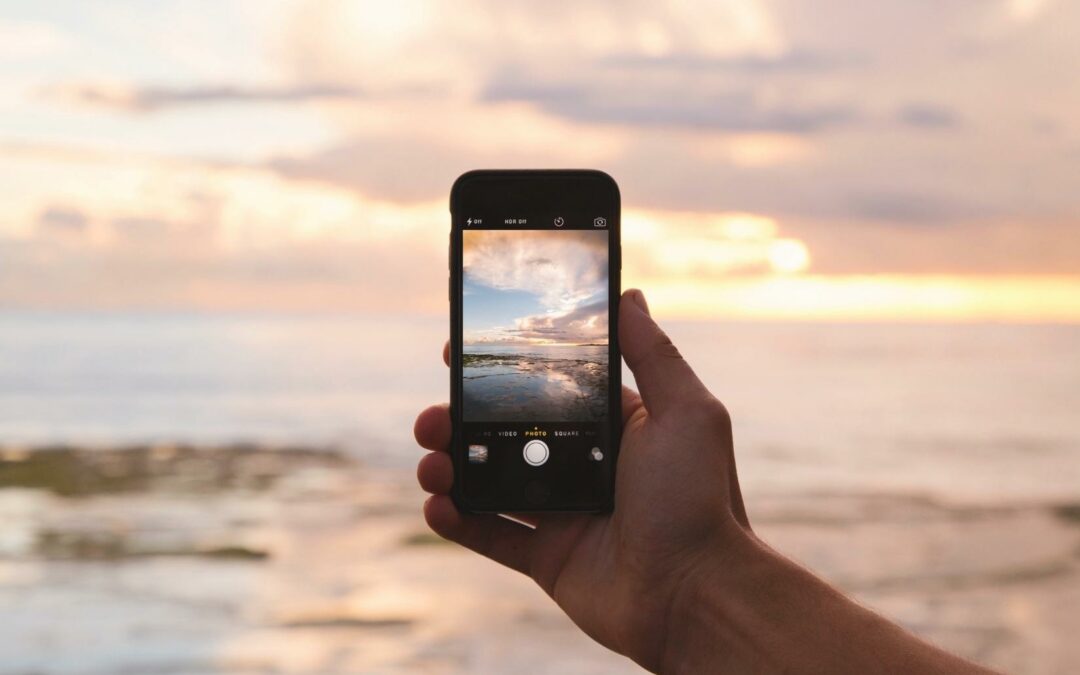 Historic Charleston is one of the most picturesque cities in the United States. Charleston is a photographer’s paradise, from cobblestone streets to historic homes to verdant magnolia leaves moving in the wind.

The Perfect Time of Day

To get the perfect shot, you need a precise level of light, the perfect colors and the right camera settings. Charleston is a beautiful city. To capture all its glory in a picture, you will need to have the best light possible.

There is a time of day that photographers call “Golden Hour.” Each day has two golden hours, the hour after sunrise and the hour before sunset. At these times of day, the sun gives the perfect golden glow that smooths out imperfections and gives pictures a magical hue.

For Charleston, the hour after sunrise is magnificent. The sun rises over the waters of the harbor and the Atlantic Ocean beyond, coating the city in the perfect light for incredible photographs. Many city landmarks will be less busy, if not deserted, and the streets will have far fewer tourists.

Be the Right Kind of Photographer

Though it looks like a perfectly preserved museum exhibit, Charleston is a busy city that real people call home. Many of the beautiful, historic homes that people want to photograph are Charlestonians’ existing homes. Likewise, many churches that give this city the nickname of the Holy City are places of worship the community holds sacred.

Be respectful of the locals and follow any posted rules whenever you photograph these spaces. If they ask you not to take a picture, respect their wishes. Some of the more famous sites around the city have specific rules for photographers, such as disallowing tripods to protect landscaping and architectural features. Check the rules in advance if you plan to photograph Charleston’s numerous historic and cultural attractions.

How to Get Between Locations

Downtown Charleston was designed and built long before cars were invented, and almost all photograph locations and picturesque places are within easy walking distance. Any locations farther out can be accessed by car, rideshare or even some city bus routes.

The old center of Charleston has the highest concentration of picturesque, photographable locations, so many tourists prefer to stay close to the sites. There are many historic downtown Charleston rentals to choose from and accommodations in a central location that put you in the heart of the city to take advantage of the perfect photo opportunities.

Downtown Charleston is the most popular area for tourists and photographers. The atmospheric streets and the historic architecture offer opportunities for a picture every few steps. Discover some of the most famous and most beautiful locations in Charleston.

The Battery is located right on the waterfront, in the heart of historic downtown Charleston. The area was originally a fort used to protect the city from invasion but, later, it became a fashionable neighborhood during the pre-civil war era.

The area is famous for its long, straight promenade along the sea wall with stunning views of the harbor and its collection of pre-Civil War homes and tree-lined streets. This area is popular at sunrise for pictures of the rising sun’s reflection off the tranquil blue waters of the harbor. Any way you look in this area, there is a gorgeous photo waiting to be taken of a historic building or a stunning vista.

The Angel Oak is a southern Live Oak tree estimated to be more than 500 years old. Its craggy, knotted branches have grown a canopy covering over 17,000 square feet. This ancient tree is gorgeous, the perfect backdrop for a picture or the focus of an image by itself. It is free to visit, but tripods for photography are forbidden.

Charleston’s historic downtown is full of tree-lined cobblestone streets. Almost any street you walk down will be photogenic, but Broad, Chalmers and Church streets are three of the best. The colorful houses that line the street are some of the finest examples of Charleston’s unique architectural patrimony. Due to the orientation of the streets, the angle of sunlight at golden hour highlights their design flourishes and enhances their pastel facades.

Rainbow Row is a group of historic houses on East Bay Street near the Battery on the Charleston waterfront. The homes date from the 1670s and get the rainbow name from their bright, pastel-colored exteriors, added during renovations in the 1930s.

These houses are unique to Charleston and are a good representation of the city’s unique aesthetic. There are 13 houses in all, and they can be photographed individually or as a group, giving you the full rainbow effect.

Pineapples are a common sight around Charleston, adorning everything from shop signs to souvenir bumper stickers. Pineapples have come to be a local symbol of southern hospitality. This fountain is shaped like a pineapple and is located directly on the waterfront.

The unique design, friendly symbolism, and stunning location make this local landmark one of the most popular photo locations.

Charleston is known as the Holy City. Since its founding, the city has been home to several breathtaking churches whose steeples have long made up the skyline of this historic city. Two of the most beautiful churches are St. Philips and St. Matthew’s Lutheran Church.

These two churches are in the heart of the historic downtown area and can be seen from most areas. Photography is allowed inside, but open hours depend on regular services, weddings and funerals. Check in advance to see when they are open for tours and photography.

Best Locations for Pictures Around Charleston

The gorgeous views aren’t just limited to the historic center of Charleston. The surrounding areas are full of photogenic places. From landmark areas to natural beauty, the area around Charleston has something for every type of photographer. Discover some of the best photo spots around Charleston.

Historic Fort Sumter was the site of one of the most critical moments in our nation’s history. The first shots of the Civil War were fired from Confederate guns on the shore and fell on Fort Sumter.

The Fort sits on an island in the middle of Charleston Harbor and is only accessible by ferry boat. It features authentic turrets, walls and battlements from the Civil War. The Fort is a popular photography location for Charleston’s historic structures and views across the harbor.

Just outside of Charleston is the Mount Pleasant area. This historic area of the Carolina Low Country is full of winding magnolia-lined country roads, charming villages and protected coastal land forests. The backroads in Mount Pleasant are an excellent location for a golden hour picture of sunbeams dancing on the ground between swaying tree branches. This area’s charming, relaxed lifestyle, paired with its picturesque beauty, has caused a growing interest in local real estate. If your pictures look too perfect to be real, make this area your home by checking out Mount Pleasant homes for sale.

Located in Mount Pleasant, Patriots Point has some of the best opportunities for landscape photography and overlooks some hallmarks of Charleston’s 20th-century history. This spot offers views of the Arthur Ravenel Jr. Bridge and the World War II aircraft carrier USS Yorktown.

This spot is incredible at sunset, as the last rays of the day illuminate the cable-stayed bridge or just after sunset when the bridge lights up.

The Magnolia Gardens are the oldest public garden in the United States and the last remaining garden designed in the Romantic style, popular in the late 19th century. Opened in 1870 on the site of a former plantation founded in the 17th century, this garden isn’t organized or formal. Instead, it was designed to let plants grow as they please for a beautifully wild floral arrangement.

This style of garden was designed for the viewer to forget that it is a manmade space, instead of focusing on the beauty of nature itself. The garden has a wide variety of flower species that bloom year-round, allowing for colorful photographs, no matter the season.

Folly Beach is the most famous beach in the greater Charleston area and offers the photographer several different opportunities. The Morris Island Lighthouse is framed perfectly against the sea at the north end of the beach, while the 1,000-foot-long beach pier seems to stretch into infinity. Both locations are best at sunrise, when the rising sun will set the stage for incredible photos.

The beach is different at high and low tide, switching from waves lapping at the shore to an expanse of golden sand spreading far along the coastline. It is worth spending a day photographing this changing beach and capturing images of its spectacular metamorphosing appearance.

Kiawah Island is one of the most picturesque barrier islands in the Carolinas. This island is a wildlife and landscape photographer’s paradise with beaches, seagrass and protected marshes. The island is a popular getaway for Charlestonians, and there is growing interest in Kiawah Island real estate for those who want to move there permanently.

Photographers love Kiawah Island for its unique blend of colors, from green mosses to white sand and crystal blue ocean water. The island’s pristine nature is protected, so be sure to stay on marked paths and respect the restricted areas.

Historic Sullivan’s Island has something for all types of photographers. This barrier island is beautiful in its own right, with abundant palmetto trees and wide beaches, but it is the island’s deep connection to our nation’s history that draws most photographers.

The Sullivan Island Quaranteen station was the entry point for over 400,000 slaves. It is estimated that 99% of all African-Americans have at least one ancestor who passed through this island. This horrific, painful history is commemorated by a solemn bench overlooking the water, a spot many photographers shoot to bring artful expression to this heartbreaking spot.

The island was also the site of a battle in the Revolutionary War where American forces held a fort against a British assault. The palmetto tree logs used to build the fort became a symbol of the state and are now on the state’s flag in commemoration of that battle.

The fort, Fort Moultrie, was named for the American commander during that battle, and the fort remained in service through the Civil War and up to World War II. Capture the fort’s living history in pictures of its walls and historic battleground site.

Charleston is one of the most photogenic cities in the country. From historic homes to tree-lined cobblestone streets to sandy barrier island beaches, this city has something for every type of photographer. The coastal location gives the city wonderful golden hour sunshine, and the walkability of the city and the pleasant climate make it great for strolling around waiting for the perfect frame to present itself.

Visit this charming gem of the Carolinas and stroll around its historic neighborhoods at golden hour. There will be good lighting, vibrant colors and a perfectly composed photograph waiting to be taken in every direction you turn.

If this charming city is on your bucket list, book your adventure today. Whether in a horse and carriage or on foot, you can capture the soul and splendor that define the city in images. If you fall in love with this picturesque city and its southern charm, contact Dunes Properties to learn more about real estate in the Charleston area.