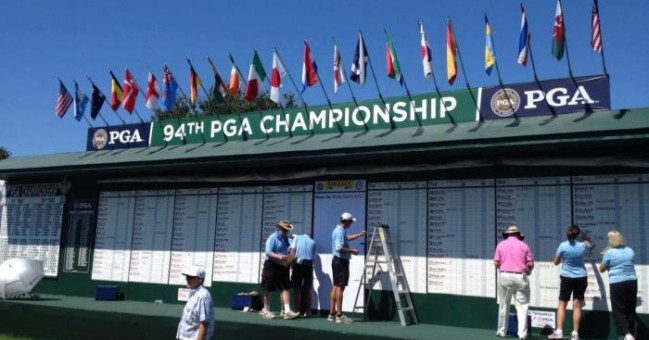 It was over two years in the making and caused quite a few traffic jams around Kiawah Island Resort, but the 2012 PGA has finally come and gone.  Rory McIlroy shot a bogey-free round of 66 and won his second Wanamaker Trophy.

Golf and the Lowcountry go so well together and almost everyone at Dunes is a fan or a player, so the offices were quiet during the PGA.  Two of our agents, Donnie Whitaker and Keith McCann, shared the PGA from their viewpoint as spectators. The 2102 PGA Championship at Kiawah Island Golf Resort will mark the first time a major PGA championship will be contested in South Carolina.  According to a recent article in USA Today, “The Ocean Course was built on Kiawah Island near Charleston for the 1991 Ryder Cup matches…. The biggest event hosted since then was the 2007 Senior PGA Championship.” The PGA Championship in 2012 is a huge coup for the Ocean Course.  On average, 97 of the top 100 ranked players in the Official World Golf Rankings participate in the PGA Championship. The championship is expected to generate $83.6 million for the state. Tickets are at a premium because the Ocean Course allows for far fewer spectators than more spacious clubs that have hosted in the past.  Tickets won’t go on sale until Nov. 15, but the PGA set up an online registration system at its website (pga2012.com) that is operating now. Those who reserve their cyber-space spot in line will have six weeks to buy tickets, or until they run out. Get your tickets reserved NOW!  This will undoubtedly be the HOTTEST ticket in town for next year.